Notwithstanding the public outcry that followed the high handed arrest and incarceration of Omoyele Sowore, journalist and proprietor of online news platform, Sahara Reporters, there has been a significant increase in the incidences of the harassment, intimidation, arrest and detention of journalists across the country, with most of these incidents recording a violation of the constitutional rights of the journalists concerned.

On account of the recitation of a poem considered critical of the Minister for Information, Mr. Rotimi Jolayemi, a radio personality, was detained on May 6, 2020 by the Federal Investigation Bureau of the Nigerian Police Force for 12 days. Before he submitted himself to the Bureau, his wife and two brothers had been arrested and detained for eight, nine and two days respectively. Mr. Jolayemi was subsequently granted bail without charge.1

Saint Mienpamo Onitsha the proprietor  and founder of a news website, Naija Live TV was blindfolded and arrested by men of the State Security Service (SSS) on the 9th of May, 2020 at about 1 am in Yenagoa, Bayelsa State. He was driven around blindfolded, for three hours being interrogated under threat about his sources for a publication made by his website in December, 2019 concerning an alleged arrest of the Bayelsa State Deputy Governor and another publication of May, 2020 which alleged the collapse of the COVID 19 isolation centre in Kogi State. He was subsequently released without charge on the 12th of May, 2020 after he had been coerced to make a press statement by his captors denying his abduction.2

Upon the arrival of Chijioke Agwu, correspondent of The Sun Newsaper at a press briefing at the Ebonyi State Government House on April 18, 2020, little did he know that his day would take a different turn. He was detained on sight on the orders of the state government. He was later invited by the Governor and accused of publishing an April 17 2020 report on the prevalence of Lassa Fever in Ebonyi State, which contained ‘false  and damaging’ information purportedly in contravention of Section 35 of the Ebonyi State Corona Virus and Other Dangerous  and Infectious Disease Law. On the orders of the state government, he was handed over to the Police, where he was detained till 10pm when he was released upon a ‘pardon’ by the State Government.3

Peter Okutu was arrested at Woodberry Hotel at Ebonyi state on the 21st of April, 2020 on the orders of the chairman of the Ohaukwu Local Government Council on an alleged false and malicious publication of a report which stated that there were military activities in Ebonyi State. The Chairman refuted the report and had Okutu detained for two hours while interrogating him for his sources. Okutu was later released and asked to report to the Police Station the next day. He further reported that his wife received anonymous threatening phone calls.4

Gidado Yishau and Alfred Olufemi the proprietor and managers of News Digest, an online news platform were arrested, detained and prosecuted by the Police. It was alleged that the platform published a report that use of Marijuana by staff of Hillcrest Agro Allied Industries Limited was permitted by the company. The proprietor of the company is reported to be a Special Assistant to President Muhammadu Buhari.5

The founder of Cross River Watch, an online news platform, Mr. Agba Jalingo was arrested by the Police in Cross River state on the 22nd of August, 2019, following his publication of a news story which alleged that the Cross River state Governor had diverted the sum of N500 million Naira, funds meant for the establishment of the Cross River State Microfinance Bank. He was charged to court for Treason but was released on bail on the 17th of February, 2020 having posted bail in the sum of N100 million.6

These are but a few reports of the high handed approach of the agents of the Nigerian government in mostly 2020 alone to clamp down on free press by intimidation, harassment  and propagating fear whenever any uncanny activity concerning government is about to be disclosed.

Since the establishment of the first newspaper, Iwe Iroyin by Henry Townsend in 1859 which stimulated the establishment of several indigenous newspapers in Nigeria, right through to the emergence of news on online platforms,  the news media has been an avenue to describe the deplorable state of the Nigerian society to public knowledge, like poor infrastructure, poverty, crime and the short comings of government.7 The impact of news as an agent of change and correcting social and political ills cannot be denied.  This has naturally resulted in an antagonistic relationship between the Nigerian government and the press. From mild restrictions by way of regulating the establishment and activities of media houses, it has progressed to an almost outright repression especially within the military era. With the advent of democracy, the drafters 1999 Constitution sought to protect free press by allowing for freedom of expression and the right to liberty.

By Section 39 (1) of the 1999 Constitution as amended, the freedom of expression, to hold opinions and to receive and impart ideas and information without interference is guaranteed. This right is subject to the reasonable restrictions imposed by law to preserve confidence, maintain the authority and independence and regulate the media space as prescribed by Section 39 (2). The import of the above provision is that where a report does not run foul of the restrictions imposed within Section 39, there is no justification for clamping down on journalists, news website operators and other operators of news media.

Further, the usual mechanism employed by government agencies in suppressing pressmen/ reporters alleged to have published information hurtful to their interest is detention. There is no gainsaying the fact that any detention which does not follow constitutional provisions is illegal. By Section 35 (4) any person accused of a criminal offence shall be brought before a court of law within a reasonable time. Reasonable time is defined in Section 35(5) on the basis of proximity to court. Therefore where such a person is arrested in an area wherein a court is close, he should be arraigned within two days.

Further by Section 34(6) the Constitution prescribes restitution on the part of the arresting authority by way of compensation or public apology where a person is unlawfully arrested or detained.

In at least three of the cases mentioned above, the detained journalists were released without charge. The implication of an arrest and a release without charge is, that the investigation did not establish a prima facie case which can ground a prosecution. The necessary consequence here would be that the persons concerned ought to be compensated and given a public apology. Unfortunately, we are yet to see a press release or any publication wherein an arresting authority apologized to any person arrested unlawfully.

‘Nothing in sections 37, 38, 39, 40 and 41 of this constitution shall invalidate any law that is reasonably justifiable in a democratic society in the interest of defence, public safety, public order, public morality or public health; or for the purpose of protecting the rights and freedom of other persons.’

‘1. There is a presumption that the legislative has acted constitutionally and that the laws which they passed are necessary and reasonable.

2. A restriction upon fundamental human right before it may be considered justifiable must:

(a) be necessary in the interest of public morality or public order; and

(b) not be excessive or out of proportion to the object which it is sought to achieve.’

The relevant questions here are ‘Can it be reasonably stated that the above arrests were necessary for the preservation of public morality or public order?’ ‘Would it be correct to say, for instance, that the arrest of a journalist by 1 am, being blindfolded, his subsequent detention for three days and the coercion of the journalist to make a press conference refuting his abduction was not excessive?’ ‘Is the arrest and detention of the family members of a journalist to compel his appearance not excessive?’ ‘Why would the security operatives be more interested in the identity of the journalist’s sources than whether or not the facts stated in the publication is true?’  ‘Would it not be easier for the government or the affected agency to publicly refute the claim directly in either a press release or conference than hunt down and harass the journalists?’

The answers to these questions reveal simply that there is no justification for these wanton harassment and intimidation of journalists.

Sadly, the right of freedom of expression and press freedom which the Constitution seeks to protect have so far been laid in abeyance without proper justification on the altar of certain government agencies, whose underlying motive is usually, a deliberate attempt to shelve the truth from the public.

The concept of free speech cannot be over emphasized in the constitution of a modern society, much less a democracy. Advanced democracies have always paid premium to the guarantee of free speech. It was such that a former President of the United States, Thomas Jefferson was once quoted to say:

‘The basis of our governments being the opinion of the people, the very first object should be to keep that right, and were it left to me to decide whether we should have a government without newspapers, or newspapers without a government, I would not hesitate a moment to choose the latter.’9

Further, the protection and promotion of free speech has been justified by countless scholars of democracy the world over. Priority is given to freedom of expression and the press for the following reasons:

It is without doubt that the above germane considerations to every modern and progressive society justify free speech.

In order to check the growing menace of the harrassment and intimidation of journalists in Nigeria, the Inspector-General of Police, the Director General of the State Security Service (SSS) and indeed the leadership of all  security agencies must stand up to the responsibility of ensuring their subordinates desist from arbitrary arrests, harassment  and detention of journalists, especially in contravention of the Constitution and the Administration of Criminal Justice Act. The constitution recognizes the need to protect the confidence of sources of information; and as such the harassment and intimidation of journalists by security operatives as a measure to coerce them to divulge their sources must be discontinued with punitive measures enforced.

The National Assembly must stand up to the responsibility of enquiring into this growing menace as part of its oversight functions over the agencies of the executive. Incidences of aberrant use of powers by the security agencies against journalists must be checked by having a public enquiry into the exercise of their discretion in this regard. This is moreso, where a security agency fails or refuses to release a journalist who has been either duly granted bail by the Court or is being unreasonably held before an arraignment.

Finally, the judiciary, through the Chief Judge of the Federal High Court and the Chief Judges of State High Courts must also wade into this growing menace by issuing practice directions which make for the expeditious grant of bail to journalists and other pressmen being prosecuted for information published. This would also include ensuring that the bail conditions are minimal, the overall intent being the protection of press freedom.

Although it is imperative to maintain the balance between the right of the public to know and the necessity of political stability or national security, the current situation in Nigeria places the light of the right to freedom of expression and free press in the windward direction and the fire is flickering so rapidly it is almost extinguished.

7A. Akinwale, ‘Repression of Press Freedom in Nigerian Democratic Dispensations’, Council for Development of social Science research in Africa Vol. XXXV No.3, 2010. Pages 47-70 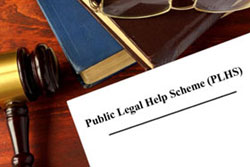 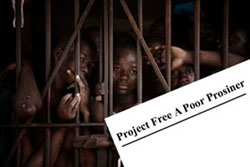 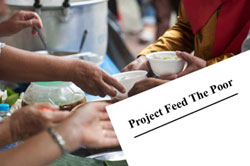